Diabetes is a serious matter

Obesity, diabetes and climate change seem like three distinct troubles; yet they may share a germane solution.

UK Health Minister Alan Johnson recently stated that obesity was as serious a threat as climate change, echoing an observation in a UK government-commissioned Foresight report. This causal nexus is logical: obesity and carbon emissions are both corollaries of lifestyles in which convenience outweighs activities involving high levels of physical movement.

And obesity and diabetes are blood brothers: some 90-95% of diabetes cases in the United States are 'type 2', which is most commonly associated with obesity.

The predicted prevalence of the disease suggests a medical time bomb. Diabetes currently affects 246 million people globally and the number of people afflicted with the disease has been rising at a rate of 7 million per year. Some 380 million people are expected to suffer from the disease by 2025, with cases being found increasingly in developing countries.

Other factors are also at work. They include growing evidence of the human role in climate change and its negative economic and health effects, along with the need for a tighter national and international regulatory framework -- particularly in the context of the international climate agreement that will replace the Kyoto Protocol in 2012. These developments all point to legislative initiatives to promote more environmentally friendly individual behaviour.

Moves to promote walking or cycling rather than driving relatively short distances may thus be the panacea to obesity, diabetes and climate change. 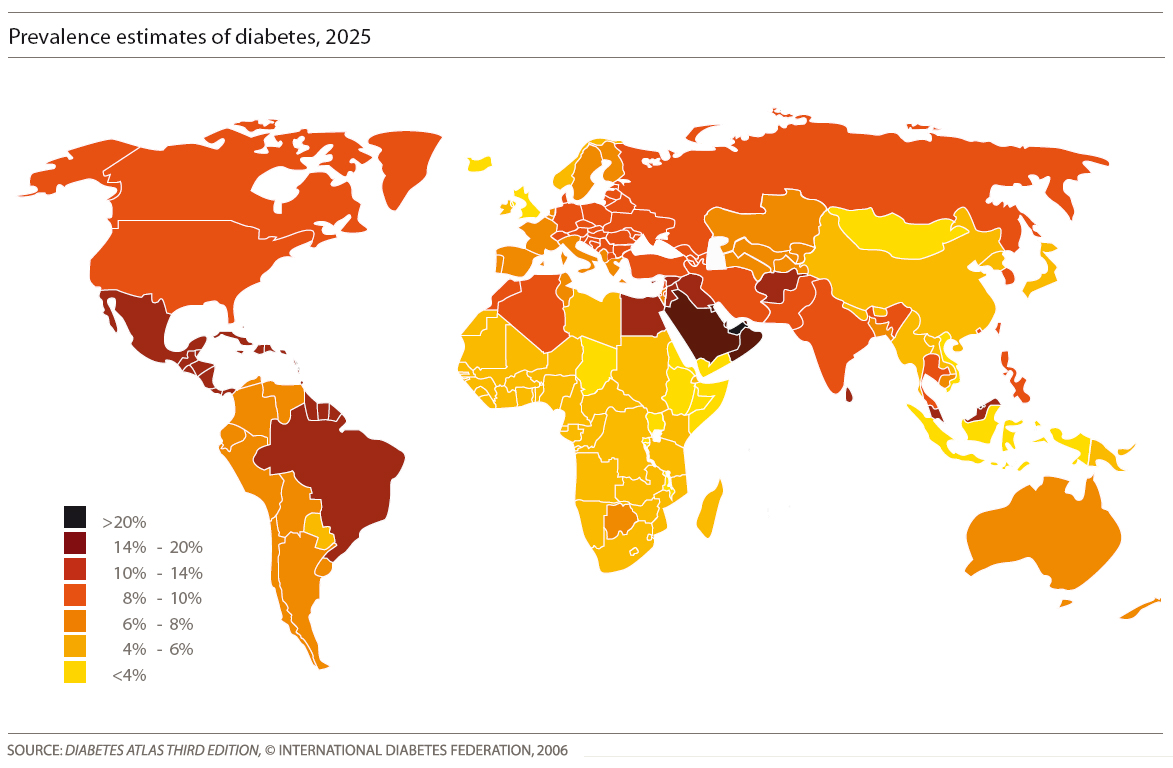 The growing levels of 'type 2' diabetes -- along with heart disease and other medical conditions relating to obesity -- suggest governments will be forced to enact legislation to encourage lifestyle choices.

The Foresight report stated that the main cause of obesity was not poor diet or overeating, but rather the nature of modern society, which discourages active lifestyles.

But do we need the "nanny state"? In the United Kingdom and other developed societies, there are currently high levels of opposition to the idea that governments should legislate on lifestyle choices relating to diet, levels of physical activity, alcoholic intake and the like. Indeed, Johnson emphasised the importance of individual responsibility for diet and exercise, in the context of a "cultural and societal shift".

A recent poll carried out in 21 countries showed that 80% of respondents are prepared to change their lifestyles in order to deal with climate change.

This website was built with Webnode
You can also have an impressive website for free!
Try it out